In his 1992 presidential campaign, Bill Clinton promised to lift the ban on gays serving in the military. However, the Clinton administration met considerable resistance in implementing this change. San Diego’s 1993 Pride weekend coincided with the anticipated announcement of the new policy on this issue. Some viewed this Pride weekend as an opportunity to celebrate this historical moment, while others had doubts about President Clinton’s promises. Reportedly, one parade float featured a large photo of Clinton with “Liar” written across it. The following Monday, President Clinton announced “Don’t Ask Don’t Tell,” an unsatisfying compromise that tolerated closeted gays in the military. Both Grand Marshals selected that year, Sergeant Joe Zuniga and former Army Captain Tanya Domi, were gay military personnel. Zuniga spoke at the rally about being gay in the military. Reportedly, some rally attendees heckled her for downplaying the significance of the AIDS crisis and shouted “Get rid of the military!” Christine Kehoe, activist and first out lesbian to run for San Diego City Council, and Ben Dillingham also spoke on the issue. The parade, which took place on July 17th, began at University Avenue and Normal Street and ran through Hillcrest along University to conclude at Robinson and Sixth Avenues. For the first time, the San Diego Unified School District had its own contingent in the parade. The new Chief of Police, Jerry Sanders, also participated. Several contingents from Tijuana joined the parade, including Grupo Y Que, which featured gay men wearing traditional folklórico dresses. The festival was moved to Marston Point, where it is still held today. 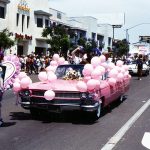 NEWER1994: “Honoring Our Past, Securing Our Future” 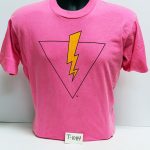