1970 was a turning point for the San Diego gay community, marking immense growth of organized activism and pride. Existing organizations evolved and new ones formed, coming together to plan public events in celebration of LGBTQ+ people for the first time. Gay Liberation Front (GLF) was approved as a recognized student organization by Associated Students on March 18th. The following day, San Diego State College’s Daily Aztec reported on GLF’s mission of promoting improved communication and attitudes amongst homosexual and heterosexual students. The organization met weekly and a speaker’s bureau was established to facilitate presentations on homosexuality in college classrooms on every campus in San Diego except, reportedly, the Roman Catholic-based University of San Diego.

The GLF soon met resistance from the state college system. CSU Chancellor Glen Dumke did not want an organization with the word “gay” in its name on a state college campus, claiming that it was inappropriate. President Malcolm Love of San Diego State College proposed that the group change their name to settle the issue. The organization voted to keep the name and its on-campus status was subsequently revoked. The group continued to meet in private homes, bars, and also at the predominantly-black Chollas View Methodist Church, which would provide space for the Metropolitan Community Church of San Diego (MCC) to hold services for years to come. MCC represents the first visible gay organization in San Diego, and one of the earliest alternatives to bar scene and drag culture. MCC published a newsletter called The Prodigal, which was the first widely circulated gay publication in San Diego. The church sponsored programming including dances, potlucks, retreats, picnics, and discussion groups. One of MCC’s earliest events was the “Gay Sway,” a roller-skating night held at Monty’s Skateland on August 17th. Eighty-five people reportedly attended the event and the tradition continued regularly for over a year. In October, MCC organized its first potluck as well as a sock-hop dance. Potlucks remained a staple event in the San Diego gay community for years to come, including as part of the first Pride march. People picnicking in the park at the Gay-In. Lambda Archives of San Diego. Face painting at the Gay-In. Lambda Archives of San Diego.

Tres Femmes, an organization for San Diego lesbians, formed in 1970 and became affiliated with MCC. They hosted women-only discussion forums, dances, and parties, as well as other events in collaboration with the GLF. Many of these events were held at Chollas View Methodist Church. By December, Alcoholics Together formed and began to hold discussion groups for gays struggling with alcoholism, meeting in Weichel Hall behind the church. The need for such a group cannot be understated; alcoholism in the gay community was pervasive due to the stigma of being gay as well as the prominence of the gay bars. That fall, GLF hosted the first annual “Gay-In,” a celebratory picnic at Presidio Park. Possibly the earliest expression of San Diego’s gay Pride, the 1970 Gay-In was truly a watershed event. Over sixty people came together in a public place to be out, even displaying posters honoring their gay identity in a joyous and celebratory manner. 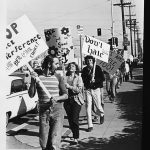 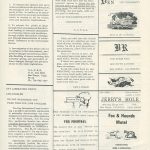